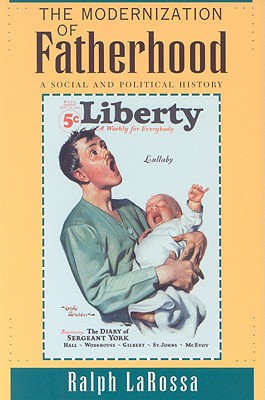 The Modernization of Fatherhood: A Social and Political History

The period between World War I and World War II was an important time in the history of gender relations, and of American fatherhood. Revealing the surprising extent to which some of yesterday's fathers were involved with their children, The Modernization of Fatherhood recounts how fatherhood was reshaped during the Machine Age into the configuration we know today.LaRossa explains that during the interwar period the image of the father as economic provider, pal, and male role model, all in one, became institutionalized. Using personal letters and popular magazine and newspaper sources, he ... View more info