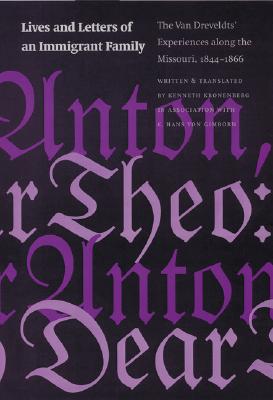 Lives and Letters of an Immigrant Family: The Van Dreveldts' Experiences along the Missouri, 1844-1866

Anton and Theodor van Dreveldt grew up in Emmerich, Prussia, as the sons of a Catholic priest and his housekeeper-a situation their father tried to disguise by presenting himself as their uncle. As young men, both Anton and Theodor found their lives increasingly troubled. Anton drank heavily, and Theodor's career was jeopardized by his participation in a banned political organization.These troubles, combined with growing Prussian authoritarianism, led to their independent emigrations to the United States, Theodor in 1844 and Anton in 1849. Theodor, tormented by malaria and financial diffic...
View More...