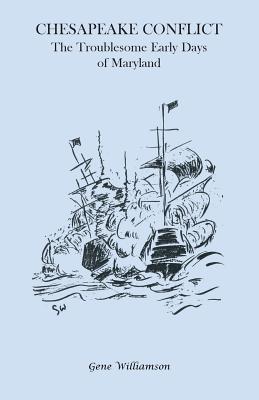 In 1621, William Claiborne of England arrived in Virginia. He secured a position as a royal surveyor in Virginia, became a prominent official in the local government, and built up a successful fur trade, operating from Kent Island, which he discovered, purchased, named, and settled in 1628. In 1632, the English king gave a patent, which included Kent Island, to his friend Lord Baltimore. Claiborne disputed the action. The Claiborne-Baltimore conflict dominated events and issues that helped to shape the Maryland colony, and was the opening salvo in a series of disputes over Chesapeake rights wh...
View More...

Of The Sea and Skies: Historic Hampton and Its Times

A history of Hampton, Virginia, the book covers a period of more than 500 years, beginning with the exploratory voyages and expeditions that led up to the colonization of Virginia at nearby Jamestown in 1607. Hampton survives today as the oldest English-speaking settlement in continuous existence outside the British Isles. Tantalizing theories (could the Croatoan Indians in the remote hills of North Carolina be descended from the "lost colonists" of the original Roanoke settlement?), and juicy tidbits (mostly about the rather ignoble British nobility), are liberally sprinkled with deli...
View More...

The communities along Chesapeake Bay and the many tributaries that crisscross Virginia and Maryland were under constant threat from the British during the Revolutionary War, beginning in 1775 with Dunmore's assault on the small Virginia town of Hampton and the devastating bombardment of Norfolk, through the naval conflicts and blockades, pillaging raids and burnings of shipyards, warehouses, homes and farms, the slaughter of families as well as livestock, from the banks of the James to Baltimore and Maryland's Eastern Shore, until the Battle of the Capes and the Yorktown victory that won Ameri...
View More...