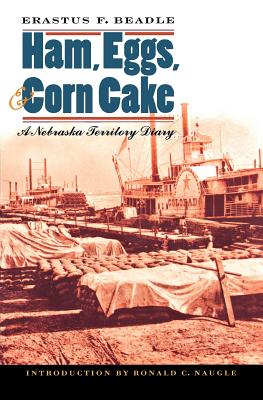 Ham, Eggs, and Corn Cake: A Nebraska Territory Diary [To Nebraska in '57]

Three years after the Kansas-Nebraska Act embroiled the plains states in a struggle that presaged the war to come, the irrepressible Erastus F. Beadle left his home in Buffalo, New York, and set out for the territories to see about some land. Specifically, Beadle had a stake in the Sulphur Springs Land Company, an enterprise that proposed to build the community of Saratoga just north of Omaha for prospective settlers, who were arriving by the boatload. In diary pages and letters home, Beadle noted his impressions-the details, anecdotes, and characters that filled his days-and in doing so, left...
View More...