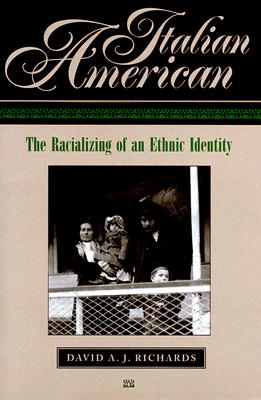 Italian American: The Racializing of an Ethnic Identity

By: David A. J. Richards

When southern Italians began emigrating to the U.S. in large numbers in the 1870s-part of the "new immigration" from southern and eastern rather than northern Europe-they were seen as racially inferior, what David A. J. Richards terms "nonvisibly" black.
The first study of its kind, Italian American explores the acculturation process of Italian immigrants in terms of then-current patterns of European and American racism. Delving into the political and legal context of flawed liberal nationalism both in Italy (the Risorgimento) and the United States (Reconstruction Amendments...
View More...