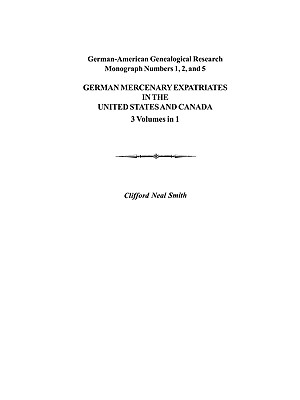 The contents of this consolidated volume concern mercenaries from thedutchies or principalities of Brunswick, Ansbach and Bayreuth, andHessen-Hanau, based on sources in German archives. The Brunswick forces, itshould be noted, served mainly in Canada and northern New York, where theyare likely to be found residing in 1790--unless they became prisoners ofwar. The Ansbach and Bayreuth contingents were attached directly to theBritish army commanded by generals Howe and Clinton, and together served innearly every operation of the war. Their counterparts from Hessen-Hanaufought in New York, were captured during the Saratoga campaign, and wereforce-marched to Charlottesville, Virginia. 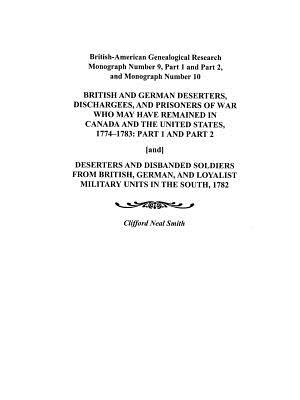 British and German Deserters, Dischargees, and Prisoners of War Who May Have Remained in Canada and the United States, 1774-1783