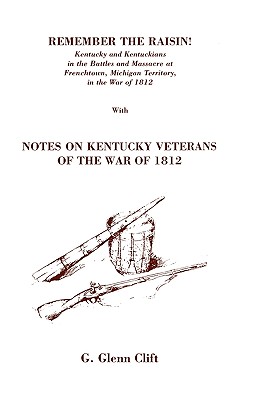 . The Battle on River Raisin, which was fought in and around Frenchtown (now Monroe), Michigan from January 18 to January 23, 1812, was one of the four principal campaigns of the War of 1812 engaged in by Kentucky forces. Following the massacre of American forces at Frenchtown--including as many as sixty Kentucky soldiers-- Kentucky, patriots exhorted one another with shouts of "Remember the Raisin," which gave the new nation the "vengeance-fired impetus" to wage the remaining battles of the War of 1812.
The larger of these two works treats all aspects of the Battle on River Raisin and features detailed biographical and genealogical sketches of nearly 100 officers and enlisted men who served on River Raisin and complete rosters of the Kentucky soldiers who saw action there. The smaller companion volume is a miscellaneous listing of Kentucky veterans of the War of 1812 compiled from newspaper files, pension lists, county histories, veterans' publications, and so on.

By: Compiled by Lynn Hattery-Beyer 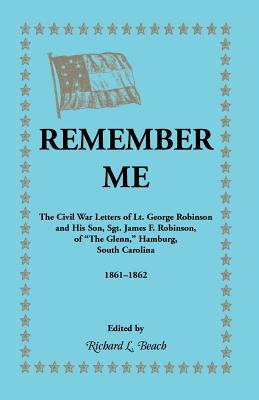 Remember Me: The Civil War Letters of Lt. George Robinson and His Son, Sgt. James F. Robinson, of the Glenn, Hamburg, South Carolina, 1861-1862

Memories of the Great Depression

These Honored Dead: A Roster of over 2,500 Maryland Union Soldiers Buried in National Cemeteries

My Mama Said: Wit, Humor and Reflections from an Extraordinary Depression-Era Woman