From 1953-1994, sixty-five U.S. Navy ocean minesweepers (MSOs) swept mines; searched the seafloor for downed aircraft, sunken ships, and lost munitions; â€œshowed the flagâ€ throughout the world, even sailing up the Congo and Mekong Rivers, calling at dozens of the worldâ€™s seaports; and carried out patrols and special tasks off strife-torn or hostile countries. Some participated in the 1962 nuclear test program in the Pacific and in the Mercury, Gemini, and Apollo space programs. Others, as part of a U.S. armada of military and civilian research ships at Palomares, located a nuclear bomb lost on the seafloor off Spain as a result of a midair collision between two U.S. Air Force aircraft. Iron men in wooden ships were with the Fleet in hotspots around the world, including Lebanon and the Quemoy-Matsu Islands of Taiwan in 1958; the Dominican Republic in 1961 and 1965; and the Cuban Missile Crisis and Haiti in 1962. During the Vietnam War, minesweepers participated in Operation Market Time, to prevent the infiltration of North Vietnamese soldiers and munitions into South Vietnam. Leader received the Presidential Unit Citation for extraordinary heroism in Operation Sea Lords; Endurance engaged in close gun action with and helped destroy an enemy armed coastal freighter in a sea battle; and MSOs cleared mines in Haiphong Harbor, which aided in the negotiations in progress for the return of U.S. prisoners of war. During the twilight of their service in the late 1980s and early 1990s, aging sweeps cleared Iranianâ€”and Iraqiâ€”laid mines in the Persian Gulf.
416 pages, 5.5x8.5, (2006), 2007, 5.5x8.5, paper, index, 416 pp, Softcover, Heritage Books, Inc

From 1953-1994, sixty-five U.S. Navy ocean minesweepers (MSOs) swept mines; searched the seafloor for downed aircraft, sunken ships, and lost munitions; "showed the flag" throughout the world, even sailing up the Congo and Mekong Rivers, calling at dozens 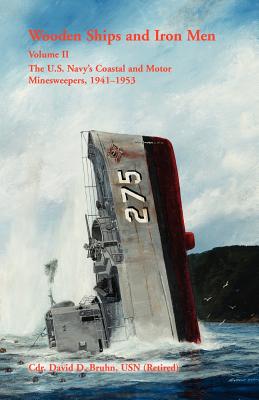 Planters of the Commonwealth: A Study of the Emigrants and Emigration in Colonial Times: to which are added Lists of Passengers to Boston and to the Bay Colony; the Ships which brought them; their English Homes and the Places of their Settlement in Massachusetts, 1620-1640 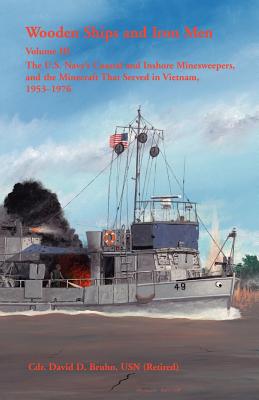 Wooden Ships and Iron Men: The U.S. Navyâ€™s Coastal and Inshore Minesweepers, and the Minecraft that Served in Vietnam, 1953â€“1976, Volume 3

MAP: A New Chart of the Vast Atlantic Ocean Exhibiting the Seat of War Both in Europe and America 1755

On the Spanish Main or, some English forays on the Isthmus of Darien. With a description of the buccaneers and a short account of old-time ships and sailors