Known simply as Braddock, this little town just outside of Pittsburgh has been the scene of many historic events. It was the site of General Edward Braddock's famous defeat by the British in 1755, at the beginning of the French and Indian War. Thirty-nine years later, several thousand grain distillers and their sympathizers gathered at Braddock's Field to protest the new tax on whiskey, in what became known as the Whiskey Rebellion, which was quelled when President Washington called up 15,000 troops to march toward the town. Every section contains names of prominent residents, members of organizations and some short biographical sketches. Includes an original fullname plus subject index and several illustrations of leading citizens and landmark buildings.
342 pages, 5.5x8.5, (1917), 2007, 5.5x8.5, paper, index, 342 pp, Softcover, Heritage Books, Inc

The Boys of Braddock: Andrew Carnegie and the Men Who Changed Industrial History 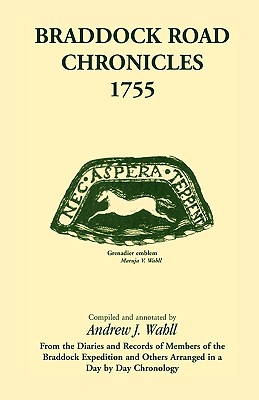 Braddock Road Chronicles, 1755 (From the Diaries and Records of Members of the Braddock Expedition and Others Arranged in a Day by Day Chronology)

The Braddock Expedition and Foxâ€™s Gap in Maryland