"The Bible of British genealogy" is a complete guide to British genealogy and family history. Includes more than 90 examples of major types of records and detailed lists of further reading. This is the second edition of the book that has been called the Bible of British genealogy. Originally published in 1997 in association with the Society of Genealogists (London), and now revised and updated to reflect the latest developments in the field, Ancestral Trails enables the researcher to form a coherent picture of past generations by describing virtually every class of record in every repository and library in Britain. As the subtitle says, it is the complete guide to British genealogy and family history. To begin with, the book guides the researcher through the voluminous British archives and provides a detailed view of the records and published sources available, analyzing each record and guiding the searcher to finding-aids and indexes. The early chapters help beginners take their first steps by dealing with such matters as obtaining information from living relatives, drawing family trees, and starting research in the records of birth, marriage, and death, or in census records. Later chapters guide researchers to the records that are more difficult to find and use, such as wills, parish records, civil and ecclesiastical court records, poll books, and property records. So the book is ideal for the beginner and the experienced researcher alike, and will enable those who are persistent enough to trace their ancestry back to the Middle Ages. One of the aims of the book—entirely unique to it—is to link sources together to ensure that researchers can use material found in one source to assist a search in other sources. Another aim, somewhat more modest but equally essential, is to bring the reader up-to-date with the many important changes that have recently taken place in British genealogy. Writing in the Foreword to the new edition, John Titford remarks that “a book like this doesn’t maintain its pre-eminence in the field by resting on its laurels. The subject with which it deals has become more of a moving target in recent years that it ever was before, and the author’s sure aim and steady hand have been much in evidence as he has meticulously updated and expanded his original work. An increasing amount of material of relevance to family historians is being made available in print, on microform, on CD-ROM, and on the Internet; fresh finding aids appear and older ones become redundant; record repositories, libraries, family history societies and other interest groups appear afresh on the scene. . . . None of this has escaped the notice of the author of Ancestral Trails, and this welcome new edition, to which the phrase ‘bigger and Better’ hardly does justice, is testimony to the continuing careful attention to detail which characterised the first edition. The scope of Herber’s work is so thorough that it’s worth listing the table of contents, where chapter headings alone tell the tale: An introduction to genealogical research; Personal recollections and memorabilia; Organization of your research material; Problems encountered by researchers; Civil registration of births, marriages, and deaths; Census returns; Parish registers; Churchyards and cemeteries; Directories; Combining sources of information; Archives, libraries, and family history societies; Wills and administrations; Catholic, Non-Conformist, and Jewish records; Marriage and divorce; Maps, land registration, and property records; Local and social history; Newspapers and elections; Parish and town records; Education; Records of the Army, Royal Marines, and Royal Air Force; Records of shipping and seamen; Records of trades, professions, and business; Oaths, taxation, and insurance records; Records of the civil and ecclesiastical courts; Records of the criminal courts and criminals; Peerages, the gentry, famous people, and heraldry; Tracing migrants and living relatives; Scotland, Wales, Ireland, the Isle of Man, Channel Islands; Immigration, emigration, and investigation abroad; National Archives’ information leaflets; County record offices and other archives; Wills and administrations in the Prerogative Court of Canterbury; Web sites for family historians. No other publication gives such comprehensive and up-to-date guidance on tracing British ancestry and researching family history. Illustrated throughout with more than ninety examples of the major record types, and with detailed lists of further reading, Ancestral Trails will be the essential companion and guide for all family historians.— Anthony Camp, former Director, Society of Genealogists 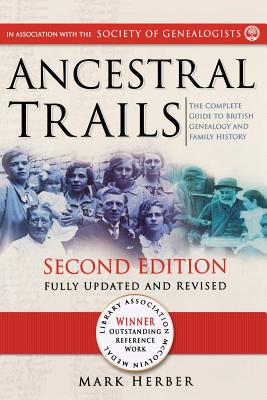 By: Mark D. Herber & with a Foreword by John Titford 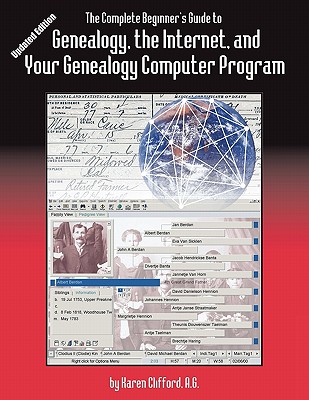 The Complete Beginner's Guide to Genealogy, the Internet, and Your Genealogy Computer Program. Updated Edition

A Beginner's Guide to British and Irish Genealogy

By: Bill and Martha Reamy