On April 16, 1861, the Norwalk Light Guard, an independent militia company commanded by Captain Franklin Sawyer, was ordered to Camp Taylor at Cleveland, Ohio. Assigned to Company D of the three-month 8th Ohio Volunteer Infantry, these volunteers soon re-enlisted for three years and witnessed their captain quickly rise in rank to major and lieutenant colonel.
From May 1862, Sawyer led the regiment during Colonel Samuel S. Carroll's absence at brigade command, taking it through the maelstrom at Antietam, where it lost 162 men -- more than half its number. Here General Edwin V. Sumner dubbed the 8th and its sister regiments the "Gibraltar Brigade," in recognition of their determined defense of the battlefield's Bloody Lane.
Engaged at both Fredericksburg and Chancellorsville, the 8th's most important service came at Gettysburg, when it was ordered to clear and hold an exposed position just west of the Emmitsburg Road between the Bryan and Bliss farms. During the next 26 hours it staved off three attacks by superior numbers, the final assault coming from Pettigrew's troops in support of Pickett's division. Of 209 men present for duty, 102 fell as casualties, including Sawyer who received a scalp wound. Following Pettigrew's repulse, three Confederate flags were retrieved by members of the 8th as trophies.
Later in the summer of 1863 Sawyer led his war-weary veterans to riot-torn New York City as part of the army's occupation force. The change of duty was short-lived, however, and the troops soon were back in Virginia for the fall campaign along Mine Run. During these operations, Sawyer was wounded a second time.
General U.S. Grant's spring offensive of 1864 placed the 8th in the midst of continued heavy fighting. In the Wilderness on May 6, Sawyer observed a charging Confederate line "cheering and yelling like yahoos. It was the famous rebel yell. ... On came the columns of Longstreet, dashing furiously into the abatis, when our artillery and musketry opened upon them like a tornado. Forward swept our line when the boys saw the struggling rebels in the bush, the woods and the abatis, routing them in every direction."
Over the next seven weeks the 8th experienced its final campaigning at Spotsylvania, Cold Harbor and Petersburg before muster-out at Cleveland on July 13, 1864. In three years of active duty the regiment suffered nearly 500 casualties, including 132 who were killed or died of wounds.
Franklin Sawyer's history of the 8th Ohio Volunteer Infantry was written at the urging of fellow regimental members, and a decade's preparation resulted in the final work, which provides a wealth of detail concerning the regiment's service with the Army of the Potomac. This enhanced Blue Acorn Press reprint is supplemented with several appendices not found in the very rare, original 1881 edition, as well as 30 photographs and portraits of 8th Ohio personnel and their leaders.

I Belong to the 116th: A Narrative of the 116th Ohio Volunteer Infantry during the Civil War 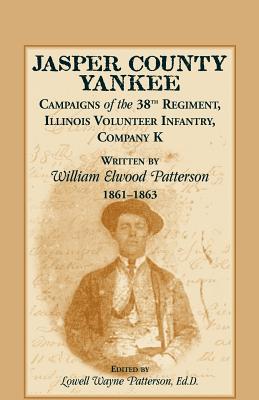 A Grassroots History of the American Civil War, Vol. I: The Life and Times of Pvt. Ephraim Cooper One of Mr. Lincolnâ€™s First Volunteers

The Marching Twelfth: The Story of the Twelfth Wisconsin Volunteer Infantry Regiment as Told by the Men Who Served In It

By: edited by Peggy M. Singer 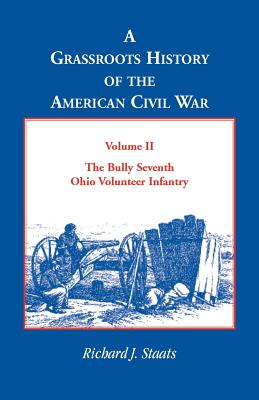