The Battle of Gettysburg, Pennsylvania, was the greatest ever fought in North America. Its participants included more than 4,400 Ohio citizen-soldiers, and nearly 30 percent of them were killed, wounded or captured during the tremendous three-day struggle. They came from cities, small towns and rural villages from Elyria to Eaton, Marietta to Maumee. Farmers, lawyers, mechanics, store clerks and a score of other occupations composed the Buckeyes' ranks, which contained not a few men of foreign birth. Ohioans were well represented in the infantry, artillery and cavalry -- immersed in mortal combat on what became hallowed ground at places named Blocher's Knoll, Culp's Hill, Cemetery Hill and Little Round Top. "The mental and physical strain of such prolonged conflict [was] excessive," wrote an Ohio artillerist. "I do not remember ever feeling more utterly used up in my life."
Only three Northern states had larger numbers of troops engaged. Curiously, Ohio's significant contribution to Federal victory never received in-depth, comprehensive coverage in the battle's subsequent literature. Until now. Author Richard A. Baumgartner, utilizing an engrossing style reminiscent of his previous books Blue Lightning and Kennesaw Mountain June 1864, focuses the spotlight on all Buckeye military organizations caught up in the fighting of July 1-3, 1863, as well as its prelude and aftermath. Relying heavily on first-person accounts -- many of them written in letter or diary form shortly after the gunfire faded -- Buckeye Blood deftly portrays the sense-numbing experience of the Gettysburg campaign through the voices of 160 different Ohioans. The insightful, frequently chilling narratives are complemented by a large collection of wartime photographs that brings unrivaled visual life to their meaningful words.
Following three days of bloody, exhaustive combat that swirled around the small Pennsylvania town of Gettysburg, James F. Huntington relished an opportunity to rest after sundown July 3, 1863. "A grassy couch was never more welcome than on that night," the Ohio artillery captain later wrote. "I went to sleep, thankful that I could do so, a possessor of what is vulgarly but expressively called 'a whole skin.' "
More than 1,000 of Huntington's Ohio comrades at Gettysburg could not say the same. Almost 30 percent of those Buckeyes who fought in the Civil War's biggest battle were casualties, 263 losing their lives. Men like Barnet Steiner of Canton, Andrew Miller of Greenfield, Joshua Palmer of Urbana, George Helmich of Sandusky, Henry Brinkman of Cincinnati, James Kelly of Cleveland, Daniel Williams of Piqua, John Edmonds of Maumee, and 255 others from across the state. Hundreds more, including 19-year-old farmer Joseph Nelson, suffered life-altering wounds. He was hit by four different bullets and carried two of them to his grave in 1918. Of those captured, dozens died in Confederate captivity and many returned home wracked by debilitating diseases. Instances of bravery and heroic conduct abounded in the Buckeyes' ranks at Gettysburg, with four enlisted men receiving the Medal of Honor. Among these was German-born Richard Enderlin of Chillicothe, who dragged and carried to safety across a shot-swept field the mortally wounded great-grandfather of future U.S. President Richard M. Nixon.
"No one has previously attempted to explore in print the story of Ohio's long overlooked but important role in this tremendous battle," says author-historian Richard A. Baumgartner, whose new book Buckeye Blood: Ohio at Gettysburg will be released by Blue Acorn Press in late January 2003. "That story seems best told through the words and photographs of Buckeye soldiers who were there, and is especially appropriate in view of 2003 being Ohio's Bicentennial as well as Gettysburg's 140th battle anniversary year. Buckeye Blood should appeal to casual readers and the scholarly oriented alike," Baumgartner believes. "For 14 decades Gettysburg's battlefield has drawn millions of tourists and history students to it like a magnet. Parts of it were consecrated by the blood of hundreds of Ohioans, and their sacrifice finally is being paid detailed attention." 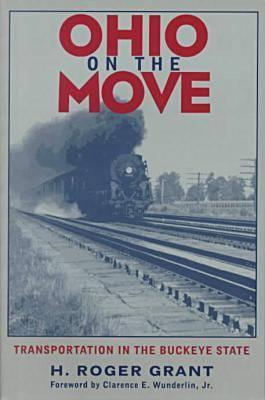 Ohio on the Move: Transportation in the Buckeye State 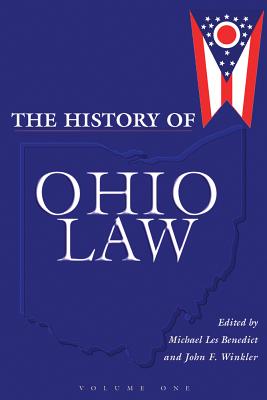 The Kentucky Frontiersman, The Connecticut Yankee, and Little Turtle's Granddaughter: A Blending of Cultures - The Story of William Wells and Sweet Breeze, and Their Descendants

The Early History of the Maumee Valley