With a potent combination of rapid-firing Spencer rifles, aggressive and determined leadership, and unlimited confidence in themselves, the soldiers of Col. John T. Wilder's mounted Lightning Brigade -- so christened during the summer of 1863 -- solidified a reputation in the savage battle of Chickamauga as one of the Union Army's hardest fighting and most effective combat organizations. His Indiana and Illinois regiments, along with Capt. Eli Lilly's Hoosier artillerymen, confronted troops from five different Confederate brigades during three days of fighting at Chickamauga, and badly bloodied them all.
In this new, revised and greatly expanded edition of Blue Lightning, author Richard A. Baumgartner skillfully blends dozens of first-person narratives, including eyewitness accounts from 75 different Lightning Brigade officers and enlisted men, with nearly 180 photographs (many never before published) to vividly depict one major segment of this brigade's proud history during the Civil War.
A recipient of the Alexander C. McClurg Award, Blue Lightning is among a number of critically acclaimed books written by Baumgartner. They include Kennesaw Mountain June 1864, Buckeye Blood: Ohio at Gettysburg and Echoes of Battle: The Atlanta Campaign, which received the Richard B. Harwell Award.
This new version of Blue Lightning features approx. 10,000 more words of text and 45 additional photographs not found in the original 1997 (and out-of-print) edition.

Reviews
America's Civil War Magazine -- "Richard Baumgartner has combined photographs, first-hand accounts and solid research to produce a splendid book. The narrative crackles along with the implied speed of the title. Blue Lightning is an excellent addition to the Civil War bookshelf, and will undoubtedly emerge as one of the best of the year."

The Indianapolis Star -- "The Civil War continues to be of interest 145 years after the fact. Utilizing scores of first-hand documents and dozens of photographs and maps, author Richard Baumgartner presents a detailed and riveting account of the 'Lightning Brigade' during the battle of Chickamauga."

The Civil War News -- "Baumgartner combines a fluent literary style with scholarly research ... and provides the reader with a richly documented, well-written view of part of a confused and complicated battle. ... This book is well worth the read and should be in the library of anyone interested in the Civil War."

Journal & Courier, Lafayette, Indiana -- "Blue Lightning isn't like most Civil War accounts, and that's a relief. Well written and filled with rare photographs, it presents the engrossing story of everyday man ... who were part of a well-armed, hard-hitting unit that played a key role in one of the ghastliest campaigns of the war."

Blue & Gray Magazine -- "Through tight organization, careful transitions and clear prose, Blue Lightning offers the reader a goldmine of carefully selected passages from letters, diaries and reports, not to speak of a rich array of photographs. As one turns the pages ... these patriots from Indiana and Illinois come alive. They and their colonel and their seven-shot breechloaders changed the nature of warfare."
New, revised and greatly expanded edition. Hardcover with dust jacket, 6 x 9 format, 392 pages, approx. 225 photographs, illustrations and maps. Notes, bibliography and index, Blue Acorn Press 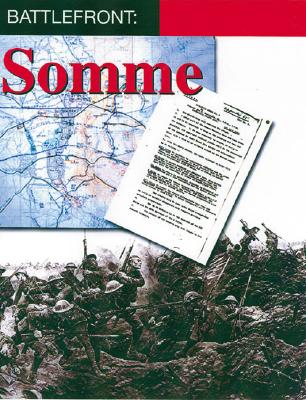 Benning's Brigade: Volume 1, A History and Roster of the Fifteenth Georgia 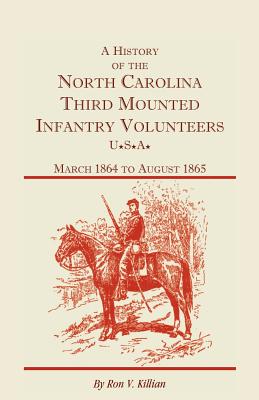 A History of the North Carolina Third Mounted Infantry Volunteers: March 1864 to August 1865