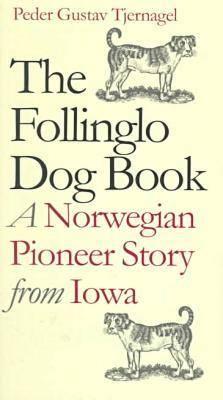 The Follinglo Dog Book both is and is not about dogs. The dogs are certainly here: from Milla to Chip the Third, we encounter a procession of heroic if often unfortunate creatures who, along with their immigrant masters, led a hard life on the nineteenth-century American frontier. However, if you pick up this book thinking it will offer a heartwarming read about canine experiences, you will find yourself reinformed by the way it unfolds.
Instead, these are the stories of a Norwegian pioneer family that came in 1860 to settle the Iowa prairie on a homestead called Follinglo Farm in Story County, Iowa. In the Tjernagels' experience one may read a chronicle of the state, the region, and the nation. Arriving in Iowa in what was still the age of wooden equipment and animal power, the Tjernagels witnessed each successive revolution on the land. They built homes and barns, cultivated the land, and encountered every manner of natural disaster from prairie fires to blizzards. Through all the struggles and setbacks, Peder Gustav Tjernagel's stories sparkle with boyhood pranks and adventures, in which the family dogs frequently play a role.
Readers will discover a wonderful cast of Norwegian relatives and neighbors, including a Herculean uncle, Store Per (Big Pete), who could lift a cow by its horns; a mysterious aunt, Stora Fastero (Big Sister), whose arrival signaled that a baby was soon to be born; and Elling Eilson, the walking Lutheran apostle. And, of course, there are the dogs who shepherd, protect, and even baby-sit the residents of Follinglo Farm.

About Author
Peder Gustav Tjernagel (1864-1932) recorded these stories in pencil on a school notepad in 1909. The manuscript was later edited and typed by relatives who self-published the book as a family record. In his foreword to The Follinglo Dog Book, Wayne Franklin, professor of English at Northeastern University, places the book in its historical context and addresses our changing attitudes toward the humane treatment of house pets since the nineteenth century. Peter Tjernagel Harstad, Tjernagel's grandson and director of the Indiana Historical Society, provides an afterword to this edition.

Reviews
â€œThe Follinglo Dog Book is the stuff of legend and saga, the founding myth of the family that explains who they are and how they were created. It can also be read, of course, as the history of an actual Norwegian family transplanted to the fertile fields of central Iowa. But it is more than that. It puts in writing those tales, told around Thanksgiving and Christmas tables for generations, that have given Tjernagels and Follinglos their sense of identity and their place in the world. Through diligence and perseverance, they claimed the land and made it theirs. Hence, land and legend are both glues that bind the generations together.â€â€”Tom Morain, State Historical Society of Iowa
256 pp, 32 photos, 1999, paperback, University of Iowa Press

These are the stories of a Norwegian pioneer family that came in 1860 to settle the Iowa prairie on a homestead called Follinglo Farm in Story County. Through all the struggles and setbacks, the stories also tell of boyhood pranks and adventures, in which the family dogs frequently play a role. 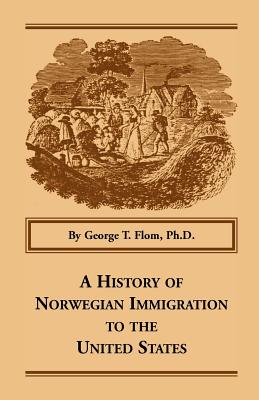 A History of Norwegian Immigration to the United States 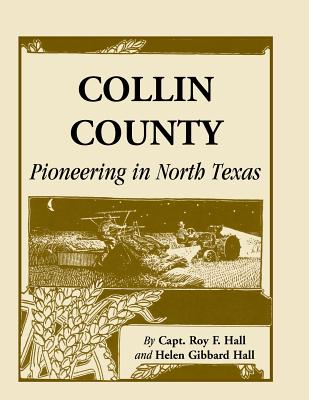