Compiled out of a lecture series, this work provides a sketch of the circumstances which attended to the settlement of New England. It provides a 19th century analysis of the effects of Puritanism on the socio-political climate of the pre-Revolutionary War era. Chapter One, â€˜the Roman Idea and the English Idea,â€™ discusses the Roman method of nation-making and its fundamental defects, the English method of nation-making, and the victory of the English Idea, while also looking at the Teutonic institutions, the overthrow of feudalism, the Baronsâ€™ War and the first House of Commons. The second chapter, â€˜the Puritan Exodus,â€™ looks at the influence of Puritanism upon modern Europe, Puritan sea-rovers, and Geographical Distribution of Puritanism in England. Chapter three, â€˜The Planting of New England,â€™ describes the Company of Massachusetts Bay, Thomas Hooker and the Founding of Connecticut, and much more. The fourth chapter, â€˜The New England Confederacy,â€™ looks at many issues including: the theocratic ideal of Puritans, the Constitution of the Confederacy, the Presbyterian Cabal and executions of Quakers on Boston Commons. Chapter five, â€˜King Philipâ€™s War,â€™ looks at relations between the Puritan settlers and the Indians, and other pertinent war related facts. Chapter six, â€˜The Tyranny of Andros,â€™ looks at the appointment of Sir Edmund Andros as viceroy over New England with despotic powers. This work contains a color fold-out map and an original fullname plus subject index.
296 pages, (1889), 2003, paper, index, 296 pp, Softcover, Heritage Books, Inc

Title: The Beginnings of New England or the Puritan Theocracy in its Relations to Civil and Religious Liberty

Visions of Belonging: New England Art and the Making of American Identity 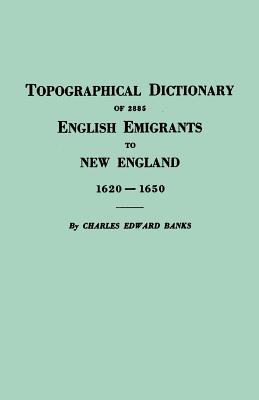