This collectible classic, much sought after by connoisseurs of colonial American military history, is once again in print. Originally published in 1969, it constitutes Volume II of Burt Loescher's meticulously researched History of Rogers' Rangers. This work offers the complete record of every action, ambuscade, scout and expedition of Major Robert Rogers and his Rangers from April 6, 1758 (just after their defeat in the Battle on Snowshoes during the French and Indian War), to their disbandment on December 24, 1783, at the end of the American Revolution. From 1758 to 1761, the Rangers were active as scouts and advance guards from Canada to the West Indies. Known mainly for their ambuscades around Fort Ticonderoga and Lake Champlain, they also served at the siege of Louisbourg, the fall of Quebec, on the Great Lakes, and in the Southern theatre against the Cherokee. In 1763 the corps was revived to take part in Pontiac's Rebellion. During the American Revolution, Rogers fought on the British side and commanded Rogers' Queen's and King's Rangers. Tragically, this extraordinary leader died in disgrace a few years after the Revolution in a London debtors' prison. Robert Rogers' famous Ranging Rules for bush fighting have been handed down and adapted by elite military corps such as Darby's Rangers in World War II and the Green Berets in Vietnam. Mr. Loescher's monumental study of Rogers' Rangers remains unequaled to this day. The 20-page bibliography alone is a valuable research aid. It lists principal sources from the Public Records Office in London; Huntington Library; the Public Archives of Canada; Clements Library; Rogers' papers, and dozens of unpublished diaries and other works. Several excellent battle maps illuminate the text, along with a portrait of Major Rogers by the well-known artist, R. S. Embleton, and an illustration by the author of Rogers' Rangers' uniforms, 1758-1783. Attractively hardbound in dark green cloth and stamped with gold foil.
336 pages, 6x9, (1969), 2000, 6x9, cloth, 336 pp, Cloth, Heritage Books, Inc 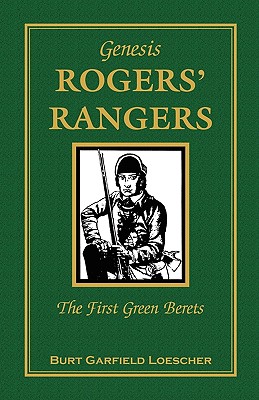 Robert Rogersâ€™ Rules for the Ranging Service: An Analysis

The History of Rogersâ€™ Rangers, Volume 3: Officers and Non-Commissioned Officers 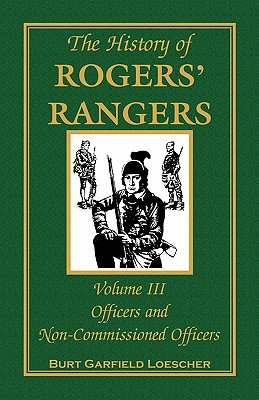 The History of Rogersâ€™ Rangers, Volume 3: Officers and Non-Commissioned Officers