The Black Watch Regiment gained fame for its fearless charge during Maj. Gen. James Abercrombieâ€™s futile attack on Ticonderoga in 1758, in which more than half of the 1000 Highlanders were killed or wounded in one of the most dramatic battles of the French and Indian War. At this battle, Major Duncan Campbell met his death, as foretold by a ghost several years earlier at his home at Inverawe, Scotland. The eerie legend is explained in this book, and was immortalized in Robert Louis Stevensonâ€™s poem "Ticonderoga." This small but comprehensive volume gives a history of the Black Watch Regiment from 1667. The Black Watch was also known as the 42nd Regiment of Foot, the Highlanders, the Royal Highlanders or Lord John Murrayâ€™s Highlanders. Included in this work is a family history of the Campbells of Inverawe. Appendices A-S give a wide variety of information: regimental and company rolls; principal campaigns, battles, etc.; British and Provincial Regiments at Ticonderoga, 1758 and 1759; and biographical sketches of 31 officers of 1758 (including Abercrombie, several Campbells, John Reid, James and Lord John Murray, and Thomas Stirling). Other appendices contain an original regimental list of the Black Watch; 1759 officers list; and references taken from Commissary Wilsonâ€™s Orderly Book. A bibliography and copy of references to be found in the Canadian Archives round out this volume. This excellent resource is brimming with hundreds of names, and contains a fold-out map by Thomas Jeffreys of "The Plan of the Town and Fort of Carillon at Ticonderoga."
132 pages, 5.5x8.5, (1911), 2005, 5.5x8.5, paper, 132 pp, Softcover, Heritage Books, Inc

Title: The Black Watch at Ticonderoga and Major Duncan Campbell of Inverawe

MAP: The United States of America 1864

Letters of a Ticonderoga Farmer: Selections from the Correspondence of William H. Cook and His Wife with Their Son, Joseph Cook, 1851-1885 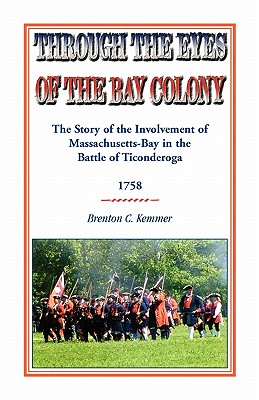 Through the Eyes of the Bay Colony: The Story of the Involvement of Massachusetts-Bay in the Battle of Ticonderoga, 1758

The Capture of Ticonderoga