The Sultana Saga: The Titanic of the Mississippi

On a cold night in late April 1865, on the mighty Mississippi River just north of Memphis, Tennessee, scores of unsuspecting souls suddenly found themselves desperately struggling for their lives after the boilers exploded on the riverboat steamer Sultana. The majority of the passengers had served their nation on Civil War battlefields and had spent time in the prison camps at Andersonville and Cahaba (Castle Morgan), and, now freed, were on their way home. Although more lives were lost in this incident than would be lost on the Titanic in 1912, these homeward bound veterans of war have been nearly forgotten by the country they served so bravely. The author rectifies this oversight with his book-length treatment of the tragedy. The explosion of Sultanaâ€™s boilers was so violent that many of the victims were instantly scalded to death by the superheated steam or were hurled through the air and into the river. Others were burned or lacerated by flying shrapnel from the burst boilers and debris. Some suffered broken limbs. Still others, trapped in the burning and sinking ship, drowned. The final death toll, including those who died immediately as well as those who survived the explosion but soon died of their wounds in hospitals, may have been as high as 1,800. A military inquiry into the disaster was held and the Army was exonerated of any wrong doing, however; other riverboats, comparably overloaded with troops during the war, had operated frequently and safely. Includes never-before published illustrations and photographs as well as a chronology of Sultanaâ€™s last days in April 1865 and an official roster of the prisoners exchanged on the boat. Most of the men served in cavalry or infantry units from Indiana, Kentucky, Michigan, and Ohio, or cavalry units from Tennessee and Virginia.
160 pages, 5.5x8.5, (2003, 2004), 2010, 5.5x8.5, paper, index, 160 pp, Softcover, Heritage Books, Inc

Title: The Sultana Saga: The Titanic of the Mississippi

Early Settlers of Mississippi: As Taken from the Land Claims in the Mississippi Territory

An Atlas of Trails West of the Mississippi River 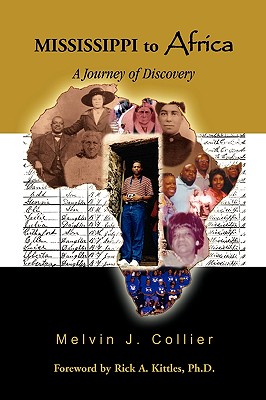 Mississippi to Africa: A Journey of Discovery

Atlas of the Southern Trails to the Mississippi

The Sultana Saga: The Titanic of the Mississippi