They Built Railway Cars: The Pullman Social Experiment and the Swedish Immigration

English translation from Swedish by Raymond E. Johnson. A large number of Swedes came to Chicago in the 1880s to live in the model town of Pullman and to work in the factory that produced luxury sleeping cars. The two main themes of this book are: 1) Two families among a group of immigrants from the Nykyrke Parish in Sweden-how they adapted to a new life and culture and founded their Lutheran church; and 2) Railroad car magnate George M. Pullman, who built the factories and the town where the Swedes came to work and live, in this "social experiment." The immigrants' stories are told through a collection of letters from a young man who came to Pullman in the early days and faithfully chronicled his workdays, housing, and his amazement and fascination with the big city of Chicago. Another man whose family stayed in Sweden writes a charming account of his life growing up in a tiny village-the life the emigrants left behind. George M. Pullman is portrayed as a leading industrialist and entrepreneur in the early development of American railroads, contributing many technological advances in the industry, making the rapid expansion of the railroads and the city of Chicago possible. His paternalistic attitude, typical of the time, led to the great strike of 1894 and the failure of the social experiment. The town thrives today under private ownership, protected by historical landmark status. This book contains many vintage photos and illustrations; a supplemental list of several hundred names of Emigrants from Nykyrke Parish, 1850-1910 (including dates of immigration and places of origin), and a fullname index.
130 pages, 8.5x11, 2002, 8.5x11, paper, index, 130 pp, Softcover, Heritage Books, Inc

Title: They Built Railway Cars: The Pullman Social Experiment and the Swedish Immigration

By: Edited by David Wright and Martha Wiberg Thompson 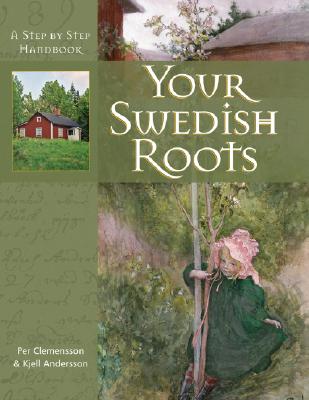 Your Swedish Roots: A Step by Step Handbook

They Built Railway Cars: The Pullman Social Experiment and the Swedish Immigration