This book traces the known members of a family whose documented origin is in Luxembourg in the late 16th century. The family name originates from a Roman villa named Victoriacus which was located in today's Champagne region of France. By the late 17th century the name Victoriacus had evolved into many variations, including Vitry-sur Orne, the name of a town in northern France. This is the immediate origin for the name Vitry or Witry. From these roots, the name has taken on a variety of spellings due to regional influences, in particular the Wittry spelling common to the United States.The author begins the family tree with Peter Witry, born in Budange, France, circa 1575, and follows those descendants of Peter Witry who carried the Witry name in one of its various spellings. In all this book includes more than 5,000 people, plus indexes and references such as sequence and generation numbers which help the reader find his or her roots. The book also includes a variety of information about individual family members.The author also specifically examines the family's United States branch. The first members of the Witry family in the United States were Jacob and Magdalena Wittry, who arrived in New York in 1854. It is from this couple that most of the Wittry families in the United States are descended. Jacob Wittry was a direct descendant of the original Peter Witry. The book includes information about some thirty other Wittrys who came to the United States after Jacob and Magdalena.For each individual, Mr. Wittry lists as much of the following information as possible: the dates and locations of birth and death, the cause of death, the date and location of marriage, information about the marriage, alias(es), occupation(s), title(s), interesting facts, the village or town in which the person lived, the name or number of the house where the person lived, father's name, mother's name and number of children.The book also contains three appendices. The first is an index of wives' names, which can assist in locating a specific Wittry or Witry contained within the book. The second appendix is a study of the Louisiana Vitry family. This family is descended from Alfred Vitry, whose origins lie in France, circa 1854, and may or may not be a branch of Peter Witry's family tree. The third appendix is a study of the Kentucky Wittry family. This family is descended from Nicholas-Joseph Wittry, whose origins are believed to be in Alsace-Lorraine circa 1840. The same information is provided for the individual members of this tree as is for those in Mr. Wittry's main text.Also included is a brief history of Luxembourg and France as the origins of the family, and a description of the life of a typical family in Luxembourg during the 16th through 19th centuries. The book contains as well maps of the region in Luxembourg from which the family originated, including the location of towns important to the family history, plus 20 photos of significant landmarks.
488 pages, 5.5x8.5, 1996, 5.5x8.5, paper, index, 488 pp, Softcover, Heritage Books, Inc 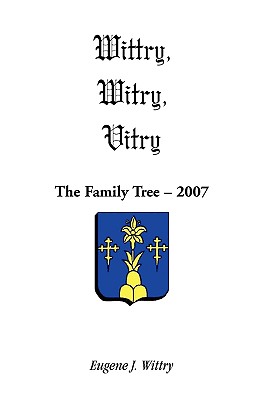 Tombstones of the Irish Born: Cemetery of the Holy Cross, Flatbush, Brooklyn 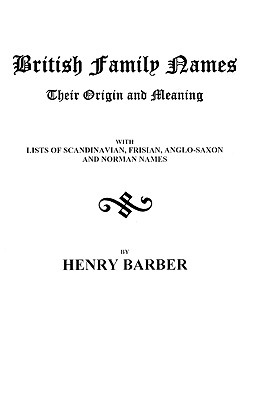 Patronymica Britannica: A Dictionary of the Family Names of The United Kingdom