Pastimes in Washington: Leisure Activities in the Capital Area, 1800-1995

This book is about the entertainments, amusements, and diversions that were a part of the dynamic cultural history of early American society beginning with the foundations of the nation's capital. Long before the rise of theme parks, residents of the Washington area were choosing among a wide array of recreational activities. From its earliest history, Washington was a Mecca for tourists not only from Philadelphia, New York and Boston, but from London, Paris, Madrid, Moscow and Mexico City. The visitors came to see the wonders of the great nation that epitomized freedom and democracy. Sadly, the racial injustice that was also a part of that nation was generally ignored. The architecture of the capital city was itself a tourist attraction. In the 1860s a large and handsome Capitol was nearing completion. On the mall that stretched to the Potomac was the mansion of the President. The handsome three-story red brick buildings housing the departments of State, War, Navy and the Treasury featured museums and exhibits to amaze and entertain the visitor. Washington residents as well as tourists found entertainment in dance halls, racetracks, circuses, bicycle races, and expositions and fairs featuring the wonders of technology. There were even expeditions by horse and carriage to view the bloody battlefield of the Civil War at Bull Run, and excursions to Alexandria to view the visiting Russian fleet. Popular amusement reflected advances in technology. Even before 1900, steamboats were carrying tourists to Mount Vernon and the pleasure parks of Marshall Hall, River View, and Notley Hall. The last of these was owned and operated by African-Americans. The beginning of the 20th century brought electric power and the lightweight trolley. The suburbs blossomed, and an amusement park at the end of the line assured added revenue to the trolley lines that made it possible to live outside the city. The invention of flying machines created new sources of entertainment. In 1906 members of the House and Senate rushed from their deliberations to gape at a dirigible circling the dome of the nation's capital.
213 pages, 8.5x11, 2002, 8.5x11, paper, index, 213 pp, Softcover, Heritage Books, Inc

Title: Pastimes in Washington: Leisure Activities in the Capital Area, 1800-1995

Albany: Capital City on the Hudson, An Illustrated History 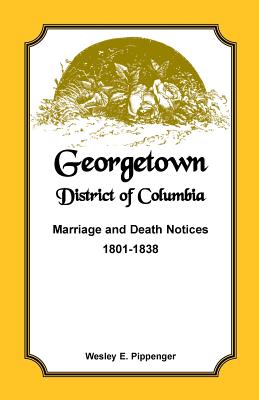 A Complete Guide to the History and Inmates of the U.S. Penitentiary, District of Columbia, 1829-1862

Pastimes in Washington: Leisure Activities in the Capital Area, 1800-1995