We Remember... the stories of courage and heroism, triumph and tragedy, from the men and women who served their country during World War II from the Antelope Valley, California

The Antelope Valley is located in the Southern California high desert, in the western portion of the Mojave Desert, approximately sixty miles northeast of Los Angeles. Military use of the northern Antelope Valley began in 1933 when Colonel Henry "Hap" Arnold, Commander of March Field at Riverside, transferred a small detachment of men to the area to set up a small bombing and gunnery range. The base was in full swing by the end of 1941 and known as Muroc Gunnery and Bombing Range (changed in the 1950s to Edwards Air Force Base in honor of Captain Glen W. Edwards). The Antelope Valley has been a world leader in aerospace since the 1950s, with Boeing, Northrop-Grumman, Rockwell, and Lockheed-Martin located in Palmdale, and NASA at Edwards Air Force Base. Within the pages of this book are the memories and stories of over one hundred and forty men and women who bravely served their country during World War II. Many of these veterans were born in the Antelope Valley, while some came after the war, employed or seeking jobs in the aerospace industry. Many of the stories include the thoughts and remembrances of the veterans or their families, spoken in the language that was acceptable during those times. Genealogical material such as the names of the veteran's parents; mother's maiden name; siblings; date of birth; date of marriage; and date of death (if applicable) has been provided for each veteran. This book, by no means, includes all the men and women who served from the Antelope Valley. The author will continue interviewing and collecting the stories from the veterans and their families for a future publication. Numerous photographs enhance the text.
286 pages, 8.5x11, (2004), 2008, 8.5x11, paper, 286 pp, Softcover, Heritage Books, Inc

Title: We Remember... the stories of courage and heroism, triumph and tragedy, from the men and women who served their country during World War II from the Antelope Valley, California

MAP: The Danube River Valley from Passau to Budapest 1885

The German Element Of The Shenandoah Valley of Virginia 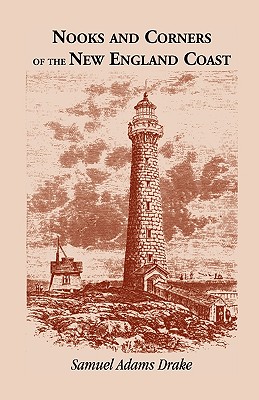 Nooks and Corners of the New England Coast

History of the Red River Valley: Past and Present Including an Account of the Counties, Cities, Towns and Villages of the Valley From the Time of Their First Settlement and Formation