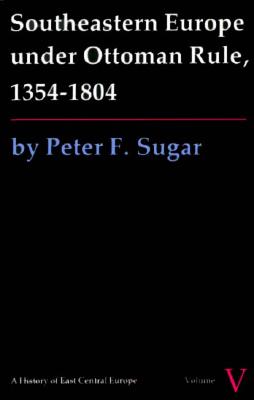 This sophisticated and original political history of East Central Europe in the interwar years, written by an eminent scholar in the field, is an important contribution to the literature on the political cultures of Poland, Czechoslovakoia, Hungary, Yugoslavia, Romania, Bulgaria, Albania, and the Baltic states.
To illustrate the area's broad, general problems, the author uses specific examples: the Romanian Iron Guard as an instance of Right-Radical movements; Bulgaria as the model for the economies of peasant agriculture; Czechoslovakia and Yugoslavia to typify countries with political problems arising from multiethnicity; Poland as an example of the structure and program of a "government party."
Throughout, Rothschild has solidly placed the developments within these countries into the larger context of Europe as a whole. Of particular interest in his analysis of economic and political relations between the several countries and Nazi Germany.
A number of very useful tables supply information not readily available, including complete data on the social, ethnic, and religious composition of the population of East Central Europe, and electoral statistics for many of these countries.
Series: A History of East Central Europe 5

Table of Contents
Part One, The Ottomans
1) The Early History and Establishment of the Ottomans in Europe
2) Ottoman Social and State Structure
Part Two, Life in the European 'core' provinces of the Ottoman Empire 1413-1574
3) The Final Establishment of Ottoman Rule 1451-1566
4) City Organization and Administration
5) The Countryside
Part Three, The Vassal and Tribute-Paying States
6) Moldavia and Wallachia
7) Transylvania
8) Dubrovnick (Ragusa)
Part Four, Life in the European 'core' provinces of the Ottoman Empire 1574-1804
9) The Change of Fortune
10) The Changed World of European Turkey
11) The Final Disintegration of Provincial Order in Ottoman S.E. Europe
Part Five, General Considerations
12) Cultural Life
13) Conclusions
Bibliographic Essay
Appendix 1, The House of Osman
Appendix 2, Grand Vezirs
Appendix 3, Major Military Campaigns, Peace Treaties, Territorial Gains and Losses of the Ottoman Empire in Europe 134501804
Appendix 4, Rulers with Whome the Ottomans Come into Contact either as Enemies or as Overlords 12 82-1804
Appendix 5, Glossary of Geographical Names
Appendix 6, Glassary of Foreign Terms and Expressions
Index

Southeastern Europe under Ottoman Rule, 1354-1804 provides an over-all picture of the least studied and most obscured part of Balkan history, the Ottoman period. The book begins with the early history of the Ottomans and with their establishment in Europe, describing the basic Muslim and Turkish features of the Ottoman state. The author goes on in subsequent sections to show how these features influenced every aspect of life in the European lands administered directly by the Ottomans (the "core" provinces) and left a permanent mark on states that were vassals of or paid tribute to the empire.

Whether dealing with the "core" provinces of Rumelia or with the vassal and tribute-paying states (Moldavia, Wallachia, Transylvania, and Dubrovik), the author offers fresh insights and new interpretations, as well as a wealth of information on Balkan political, economic, and social history not available elsewhere. The appendixes include lists of dynasties and rulers with whom the Ottomans dealt, as well as data for the House of Osman and some of the grand viziers; a chronology of major military campaigns, peace treaties, and territory gained and lost by the Ottoman Empire in Europe from 1354 to 1804; and glossaries of geographical names and foreign terms.

MAP: The Carpathians, Roumania and Part of the Balkans: 1916

History of the Colored Race in America 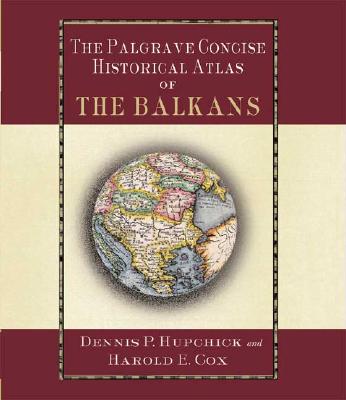 The Palgrave Concise Historical Atlas of the Balkans

MAP: A New Chart of the Vast Atlantic Ocean Exhibiting the Seat of War Both in Europe and America 1755